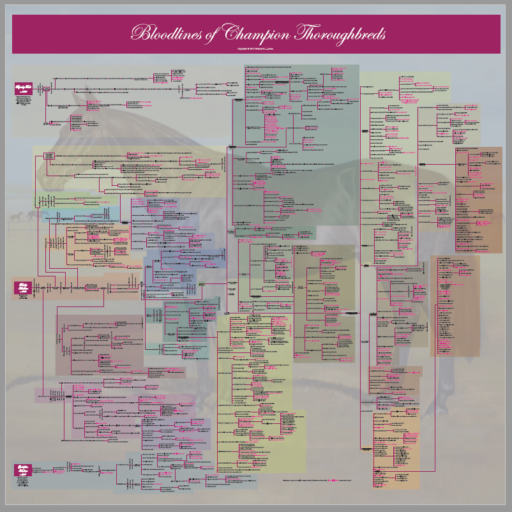 Bloodlines of Champion Thoroughbreds: An Authoritative Work of Art

Other points of interest:

The last champion descended from The Byerley Turk line was My Swallow (GB) 1968.

The last two male champions (and their progeny) bearing the Godolphin Arabian standard are Tiznow (USA) 1997 and Honour Devil (ARG) 2004.

The vast majority of champions are descendants of the Darley Arabian.

The progeny of Mr. Prospector and Northern Dancer (CAN) 1961 have become the dominant producers of Champions worldwide, with Northern Dancer being the most influential by some distance.